Days with Family in Bordeaux

Our last week and a half in the City of Bordeaux has been relatively quiet. Long walks every day and simply enjoying the City.

Last Sunday afternoon, the 22nd, Terry and Billie arrived (Robin's brother and his wife) from Sarasota via Barcelona where they had spent a couple of weeks. They are spending some time in Bordeaux before heading out on the bike trip with us on Sunday, June 29th. Then on Tuesday afternoon Suzanne and Colin arrived from England (Robin's sister and her husband) and they are here till Saturday morning before heading out to tour southern France. Nice to see family and spend some time together. A bit of touring together, some time alone, then we have been getting together in the evenings for dinner and catching up on each other's lives.

The four of them went to Arcachon one day, but as Robin and I had already been, we stayed in the city. The six of us visited the Jean Moulin Second World War Museum. This had been on our list of places to see. This museum commemorates the role played by the French Resistance during World War Two and provides an insight into the way that the Resistance operated. It also celebrates the life of Bordeaux's most famous Resistance member, Jean Moulin. In June of 1943 he was arrested, interrogated and beaten to death by the Gestapo. It is said that he was instrumental in co-ordinating the efforts of various resistance groups thereby making them more effective.

The annual Fete du Vin (wine festival) is now underway in Bordeaux. Many events take place during this four day festival and the quays on the waterfront have been transformed into wine tasting venues and many small tents offering various local foods to accompany the wine. A light and visual effects show takes place every night (pictures displayed on the historic Bourse buildings) and nightly fireworks. As it stays light for so long, the light show starts quite late at night and therefore we have not taken it in. Heard and saw some of the fireworks from our apartment. Friday arrives and we are now in a hotel downtown for a couple of nights before heading off on our bike trip. Other events around the City in conjunction with the festival .....artists painting large wine bottles, a large artistic sculpture made of 250,000 corks, a four masted ship visiting the City and nightly concerts. I can say that the longer we spend in France the busier it is getting. 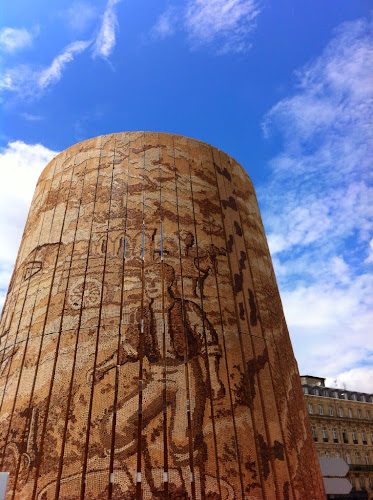 Picture below of Robin, Suzanne and Terry.....the siblings. Lovely picture of the three of them, taken on the quay on an evening walk after dinner. 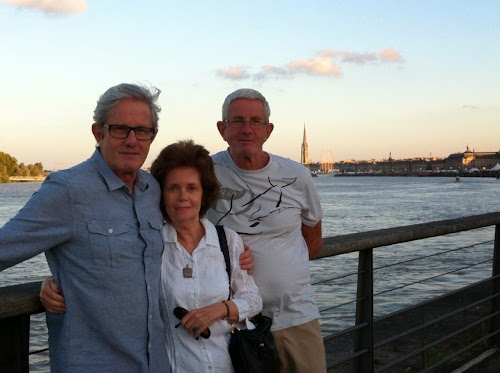 On one of our walks with the family, we walked along the "rive gauche" crossed over the new bridge, then over to the "rive droite", stopped for lunch then back home. A lovely walk which also incorporated a visit to the new botanical gardens. Billie and Terry volunteer at their local garden, so they find it interesting to visit other gardens. 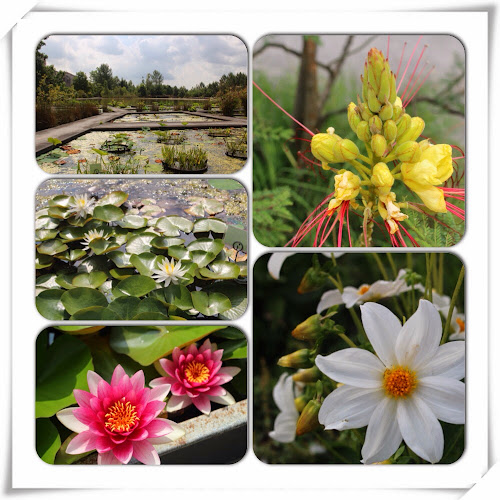 A final dinner with the six of us on Friday night. Suzanne and Colin left for their touring of this part of France, by car, on Saturday morning. 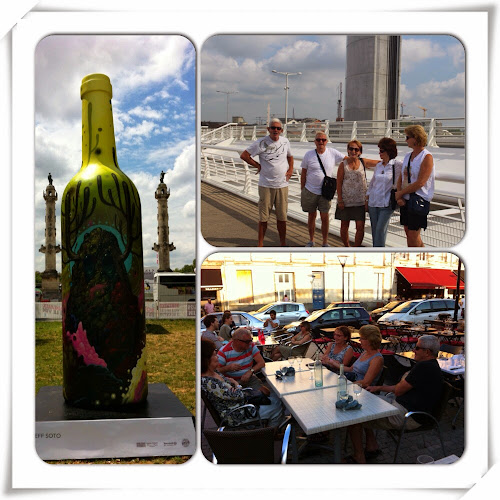 On Saturday evening a young man delivered our bikes to the hotel and went through an orientation with the four of us (Billie, Terry, Robin and I). The four of us head off for dinner and of course the restaurant must have a television as a World Cup match us on. 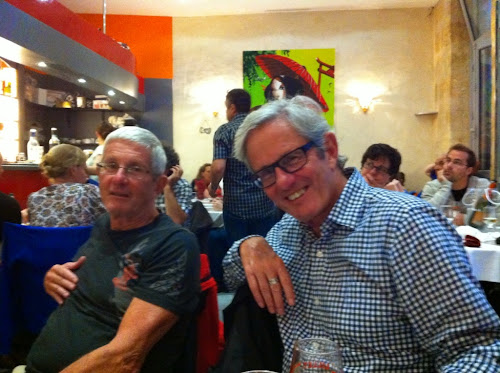 Sunday morning arrives, we gear up and head out on our first day of the bike trip.

Posted with Blogsy
Posted by Robin and Claire at 5:26 AM